A downloadable game for Windows and Linux

``An unknown alien armada from deep space is advancing through the Solar system. Defenders, stop this invasion before Earth falls.``

Advanced Invaders is an arcade shoot 'em up game with a sci-fi campaign through Solar system, multiple weapons, enemies, bosses and other surprises.

The player is in control of a ground defence, D-1, vehicle, with the task to shoot down all invading alien formations on the battlefield. Depending on Defender's performance, various aid (like weapon boxes or force shields) will be deployed on the field during the battle. Only when all swarms of invaders are destroyed, the player can proceed to the next phase of this all-out defence... but one should beware the alien capital ships, that won't wait for long to join the invasion should the defence prove to be efficient.

This game is made in spirit of retro arcade machines.

Advanced Invaders is a full game and these are some of the notable features:

The control layout in the game, consists of directional controls and three main buttons: shoot, vertical thrust (AKA jump) and pick/brake.

All main buttons are  user bindable in the option menu. Player can map those on joystick/pad, mouse or keyboard. Directional controls are not user bindable and those are WASD/ARROWS/Joy Axis.

Considering that it's a 2D game, it should work optimal on any 64-bit Windows/Linux system.

Binary Void is а tutorial template Unity game project, derived from Advanced Invaders. Nearly everything that Advanced Invaders game offers you can learn how to make in Unity, with the help of this, in-detail explained, project. It comes with various assets, which include 6800 lines of organized and commented C# code and a 90-page PDF walkthrough that explains all those assets, in approachable and friendly way to common gaming folk.

Find out more at:

Advanced Invaders is pieced together by Just Gameware, indie studio-warehouse.

In order to download this game you must purchase it at or above the minimum price of $3 USD. You will get access to the following files:

Nice little game. Stylish and more dynamic version of the classic shooter. It's hard though... I barely managed to pass the first boss. And that glowing ball of some kind was a funny surprise.

I aimed for old-school difficulty and that glowing ball (core) is there to offset some of it, once certain conditions are met. 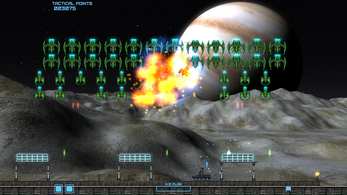 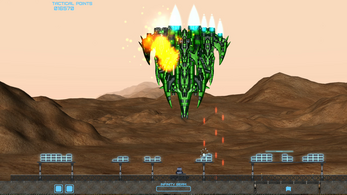 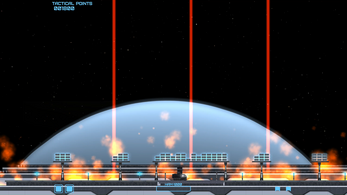 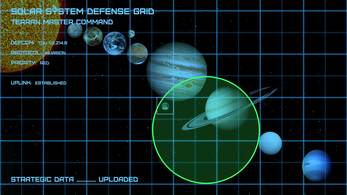 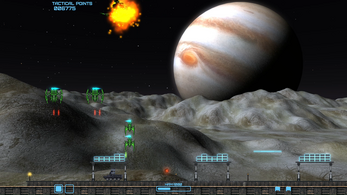 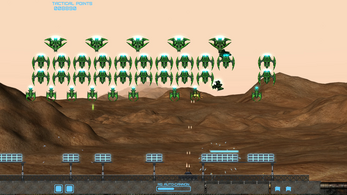